BOLOGNA
IN A WEEKEND

Visitors arriving in Bologna can’t wait to visit Piazza Maggiore. Once there you can admire Podestà’s Palace with Arengo’s Tower, and the beloved “Gigante”. This is how a Bolognese calls the Neptune’s statue made by the artist Giambologna, that stands up on the massive fountain, just restored. By turning around, your eyes will lay on the D’Accursio’s Palace with the Clock’s Tower, where inside is kept the extraordinary Municipal Art Collection.

From the “Crescentone”, as the Bolognese call the raised rectangle in the middle of the square, you’ll have the best view of the  Basilica of San Petronio, which boasts the world’s longest meridian.

A walk inside this church is a must, and the Basilica has also a beautiful panoramic terrace with views of the city.

Go to the Basilica →

Coming out from the Basilica, on your right hand side, you’ll find the long Porticoes of Pavaglione, an elegant promenade of the city.

By taking a step into Via Clavature you can immerse yourself in the lively and vibrant atmosphere of the “Quadrilatero”, where a Bolognese goes to do grocery shopping in the oldest markets: historical groceries, taverns, rich counters with fruits and vegetables, and shops where tortellini, tagliatelle, mortadella and typical sweets as “pinze” and “certosini” triumph.

Let yourself be surrounded by city chaos and enjoy the atmosphere.

Heading to Via Rizzoli, in Piazza of Porta Ravegnana you’ll see soaring the Two Towers. If it’s a sunny day we suggest to book your climb of the 498 steps of the Asinelli’s Tower, high 97,20 meters and once up there you’ll realize even better how beautiful Bologna is, crossed by all of her long porticoes and with all of her medieval towers soaring all around.

Two Towers – Book your climb of Tower of Asinelli →

Other things you can’t miss once in the city centre are for sure Piazza Minghetti and Piazza Santo Stefano, which is, along with Piazza Maggiore, one of the most beautiful and elegant square in town. Piazza Santo Stefano’s  fabulous palaces make the perfect frame for the famous Compound of the Seven Churches.

From our B&B as well as walking around the centre you’ll pass under the porticoes of the city (which just in downtown are more than 38km long) which are a distinctive architectural element of the city. The most famous is the Porticoes of San Luca which is a little less than 4km. From La Magnolia it is easily reachable by a five minute walk and, if it’s a sunny day, our suggestion is to walk  until you’ll reach the Guardia Hill and up on there you will find the beautiful Basilica della Beata Vergine di San Luca surrounded by nature.

Last but not least, Bologna has what we call the “Seven hidden secrets” of the city. Seven little gems spread  around the historical city centre, you definitely can’t miss them! 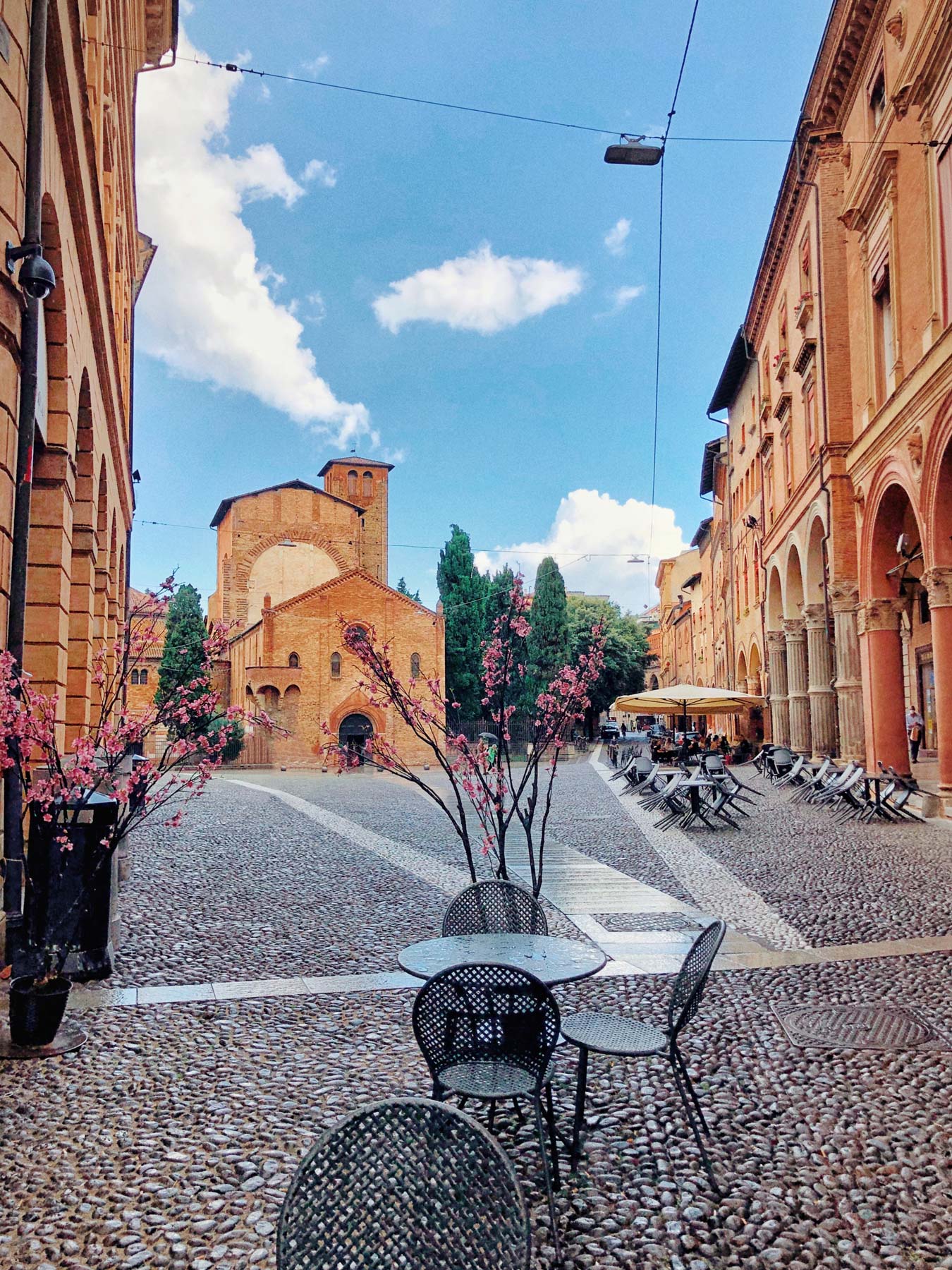 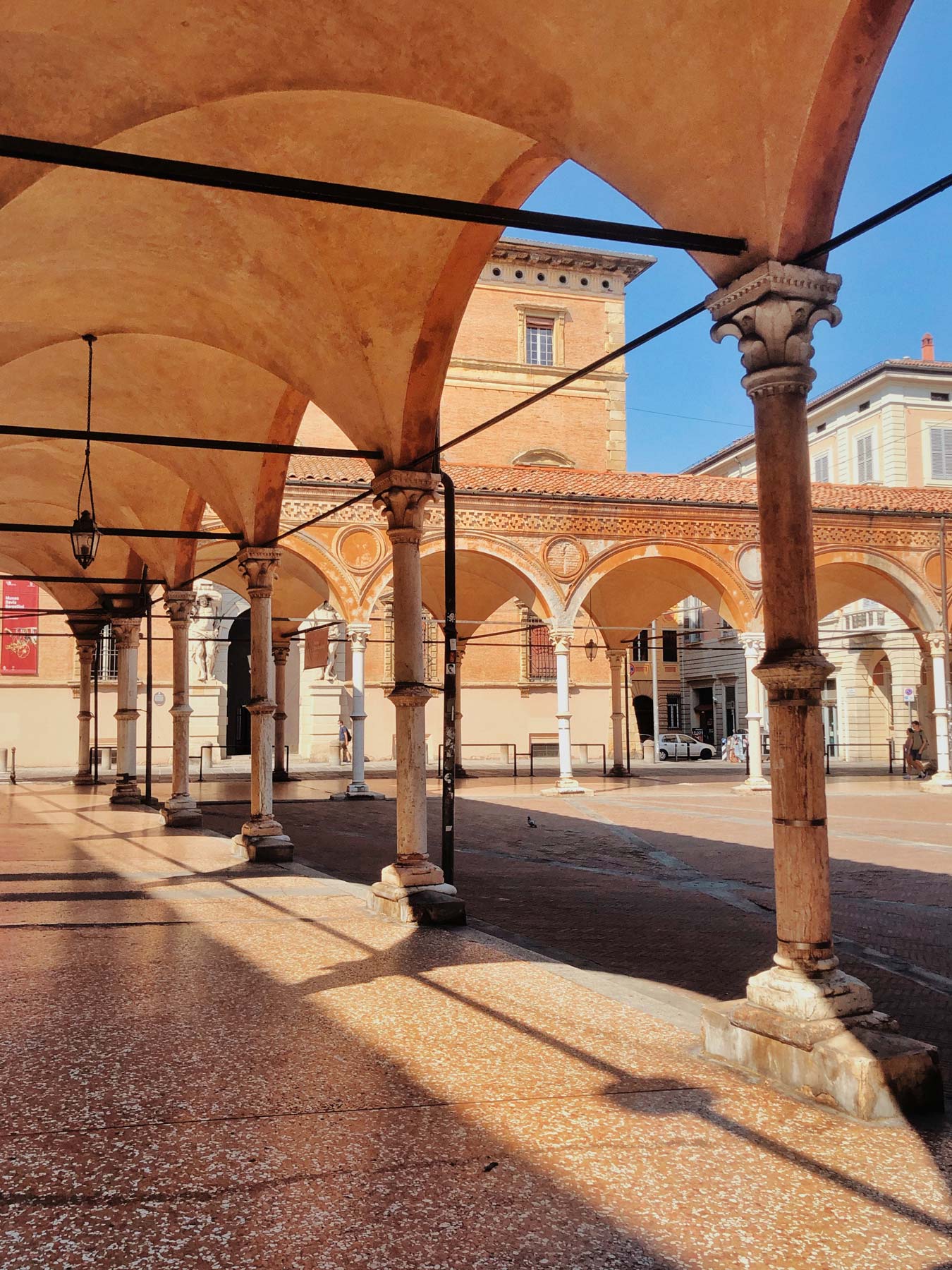 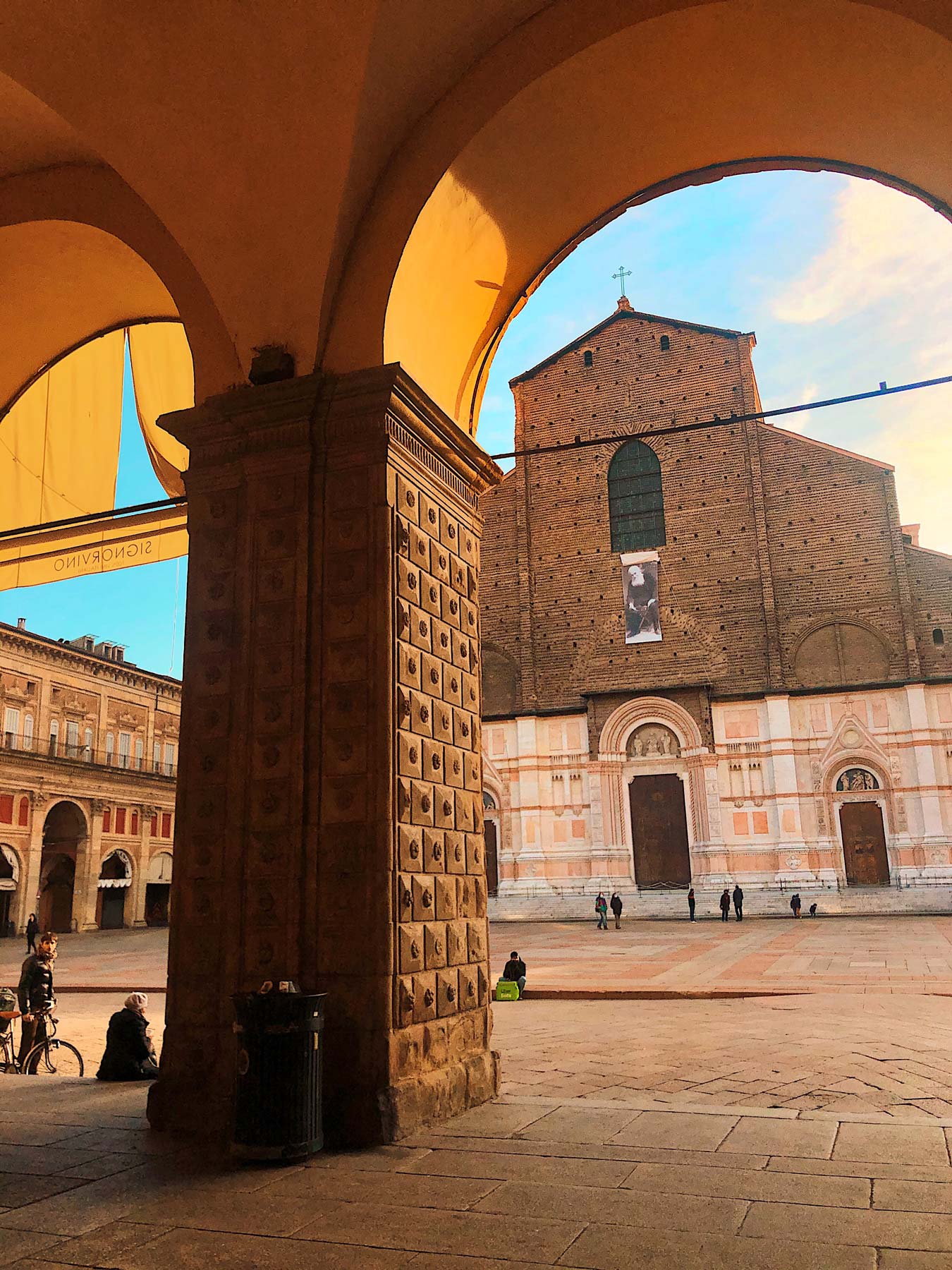 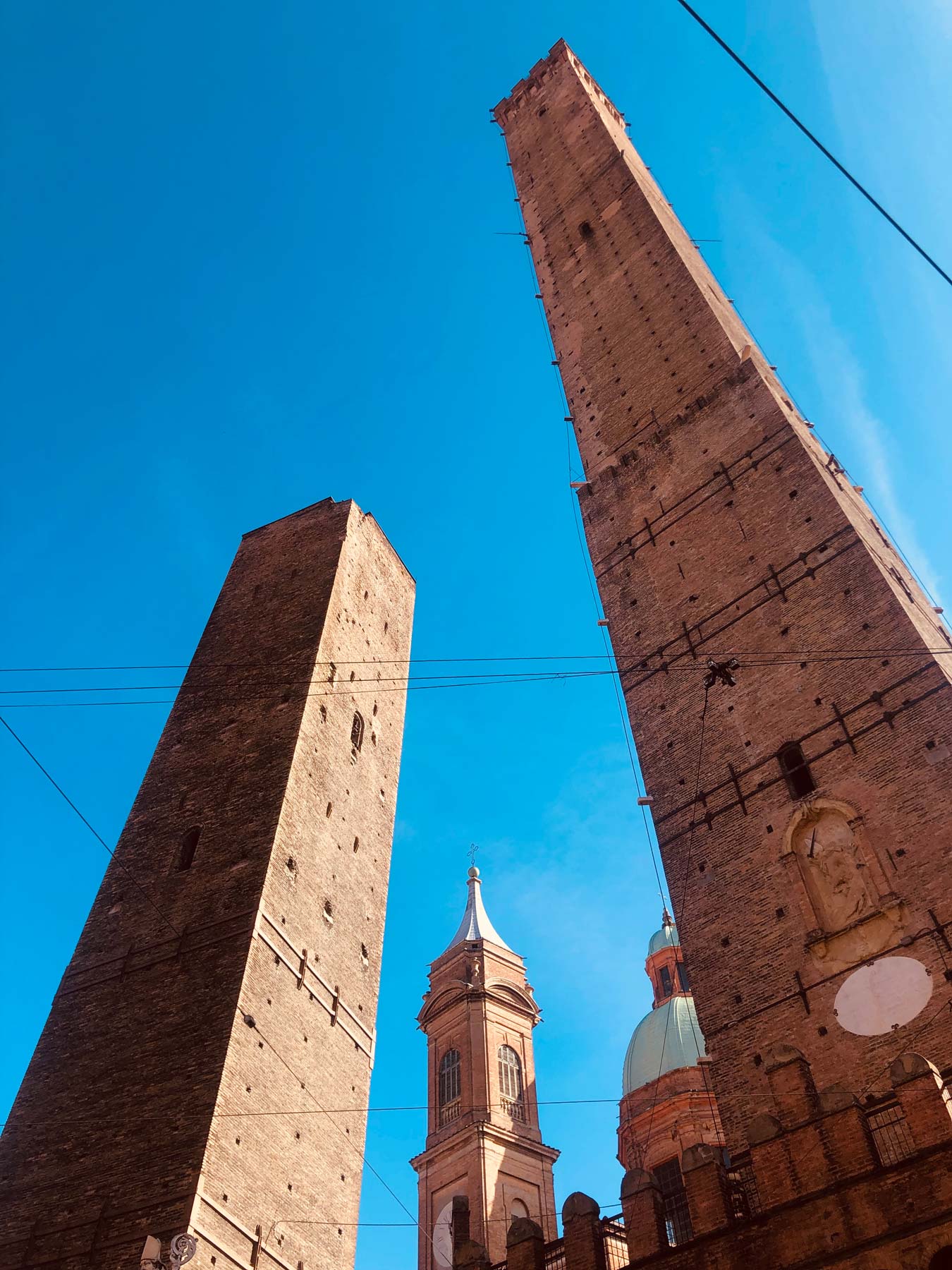 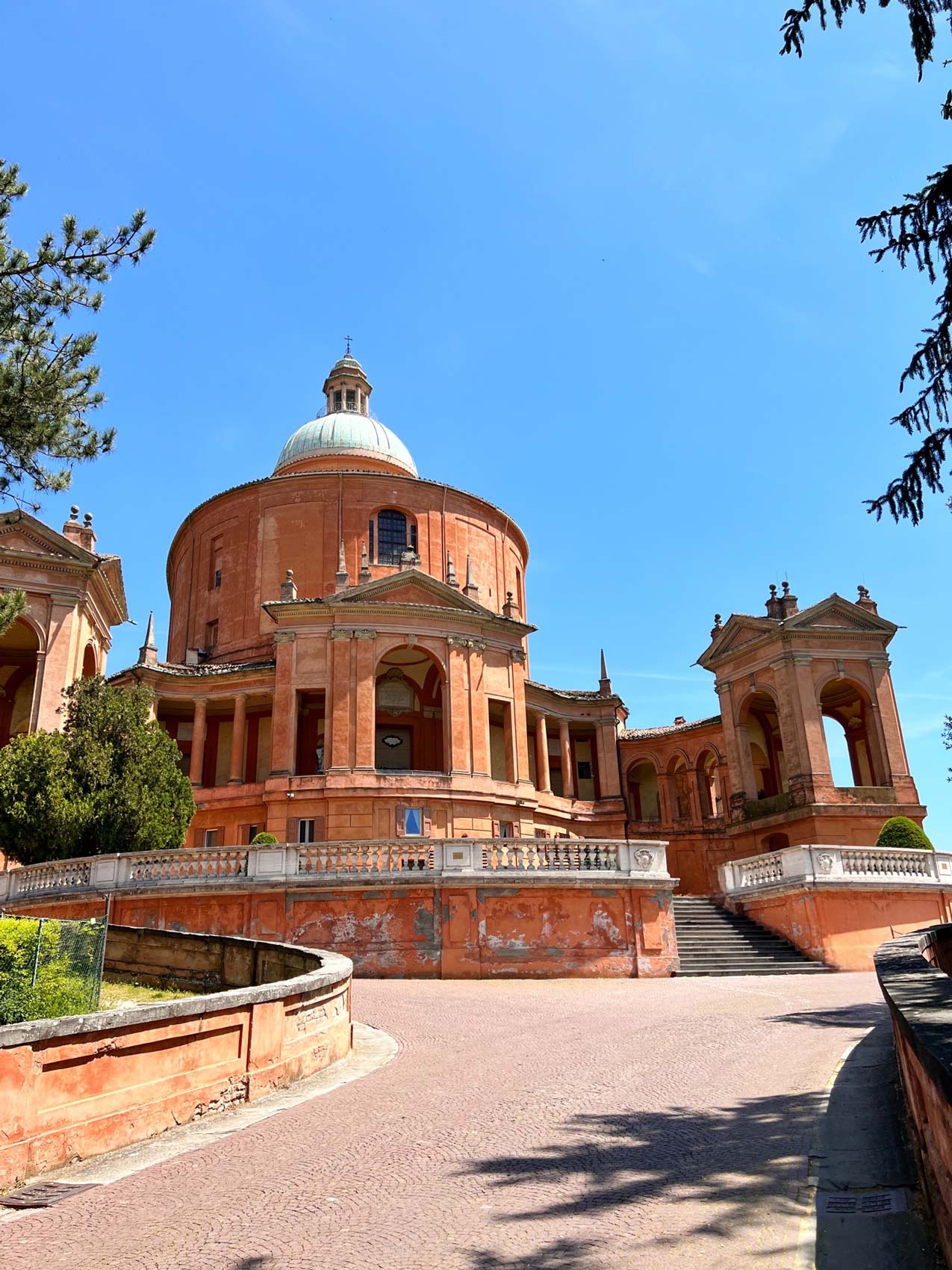 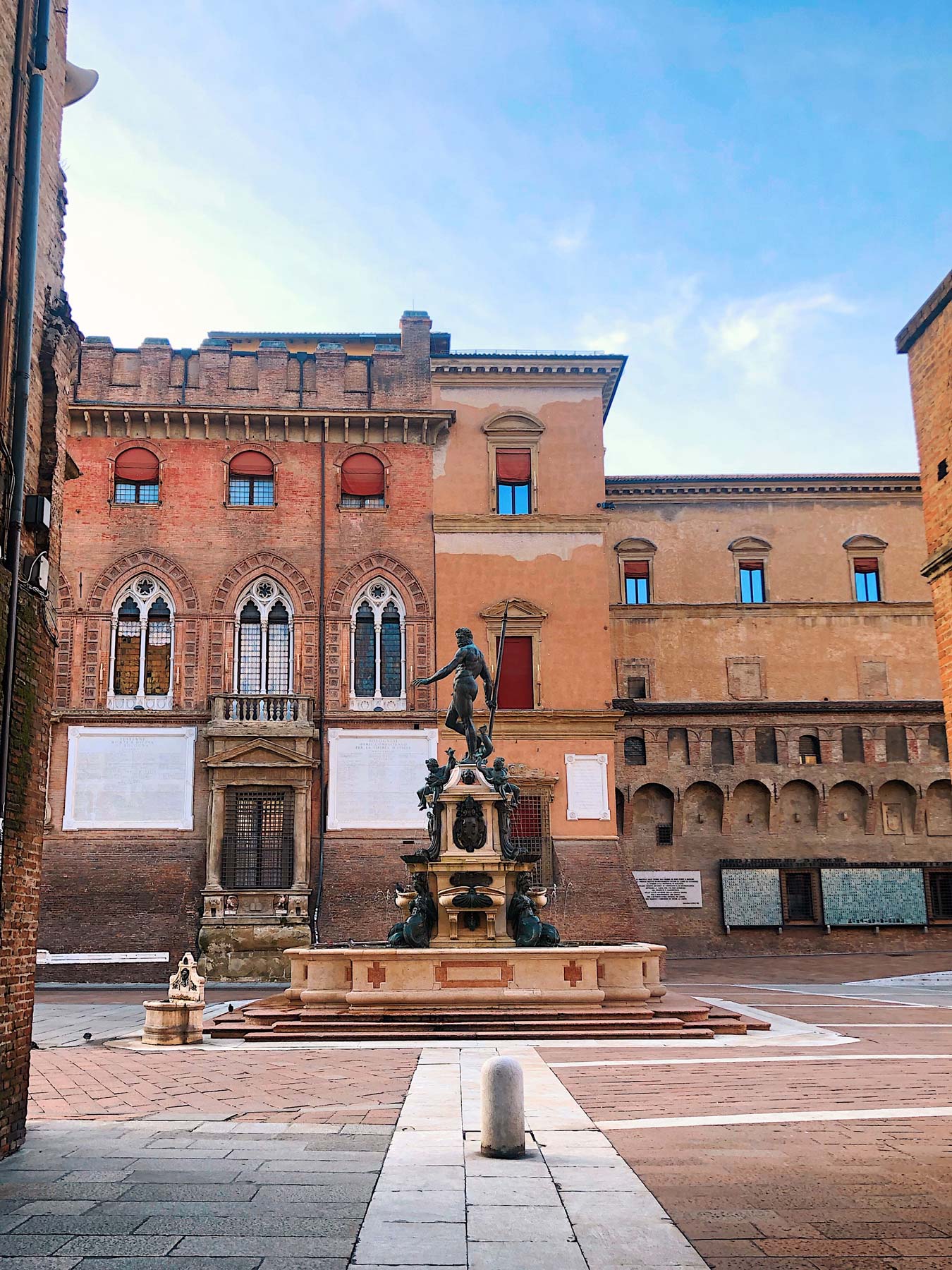 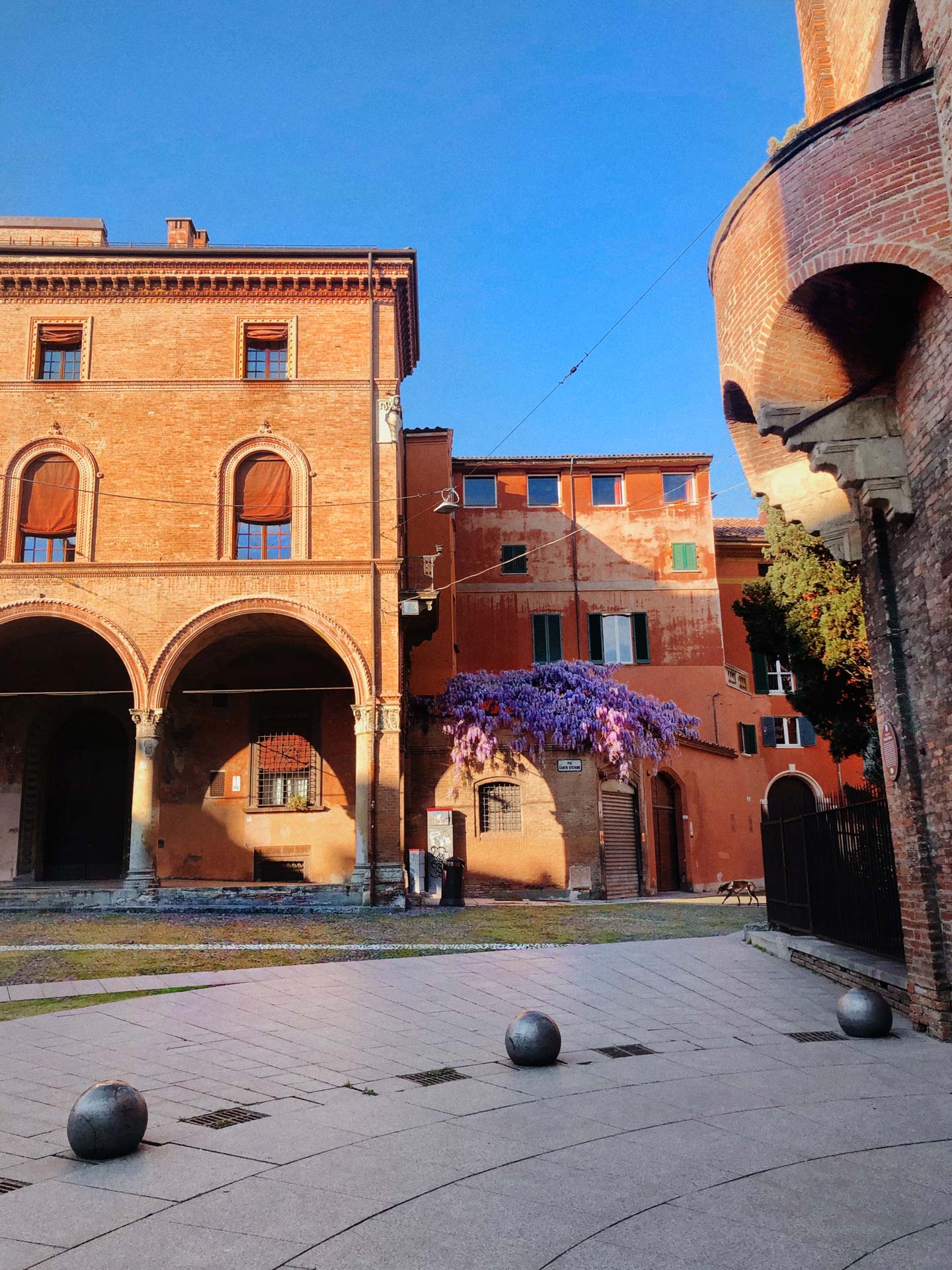 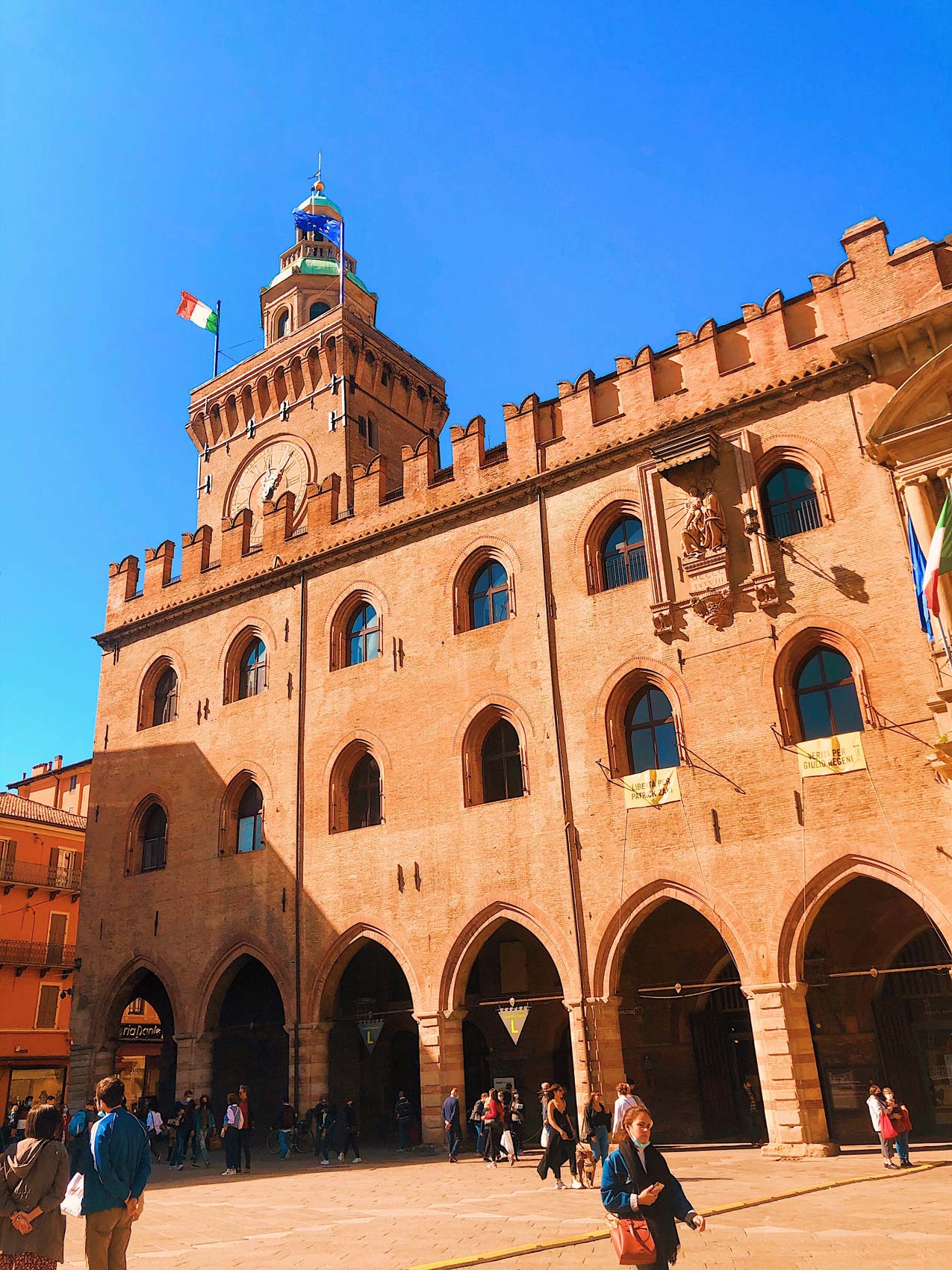 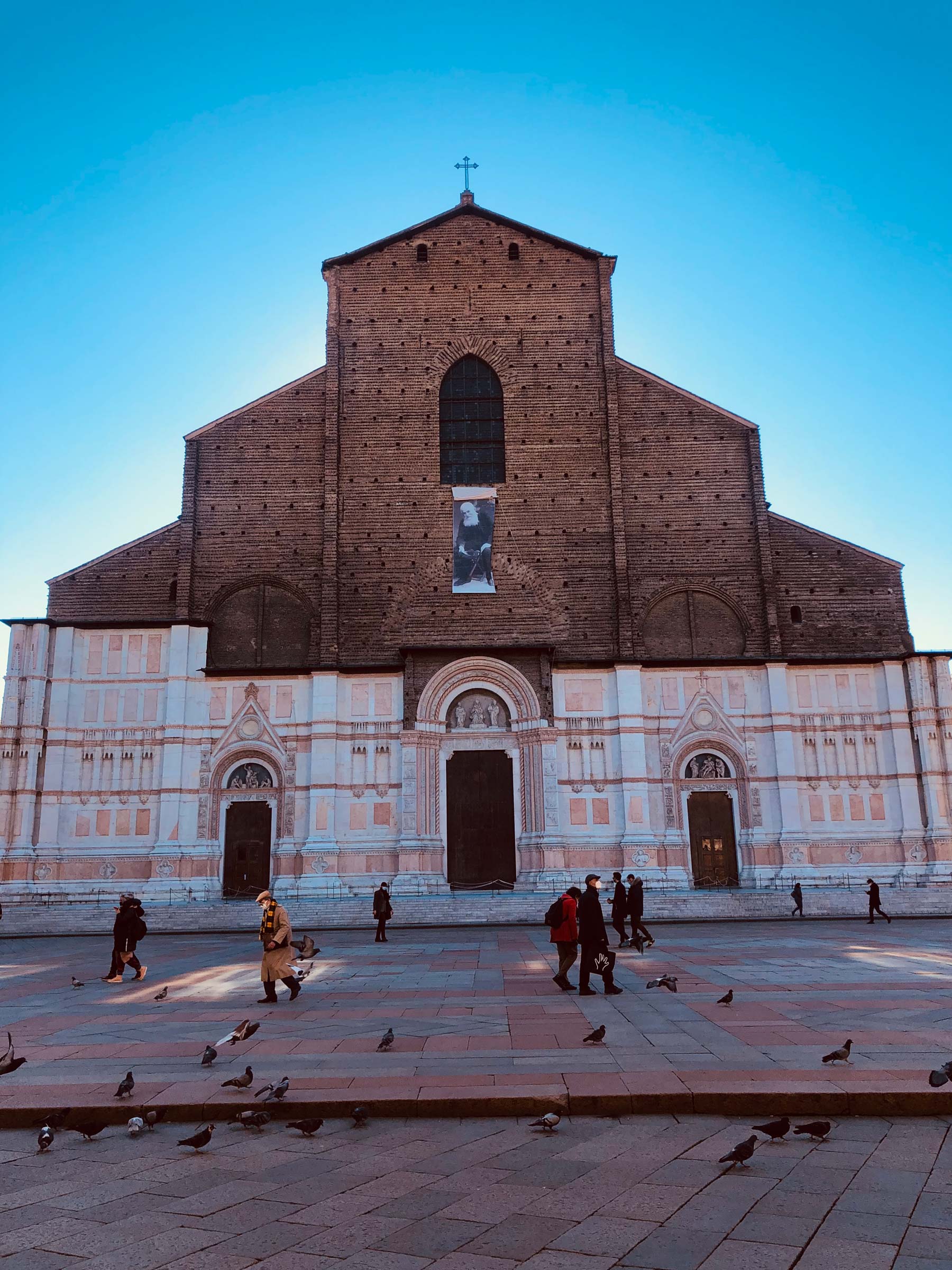 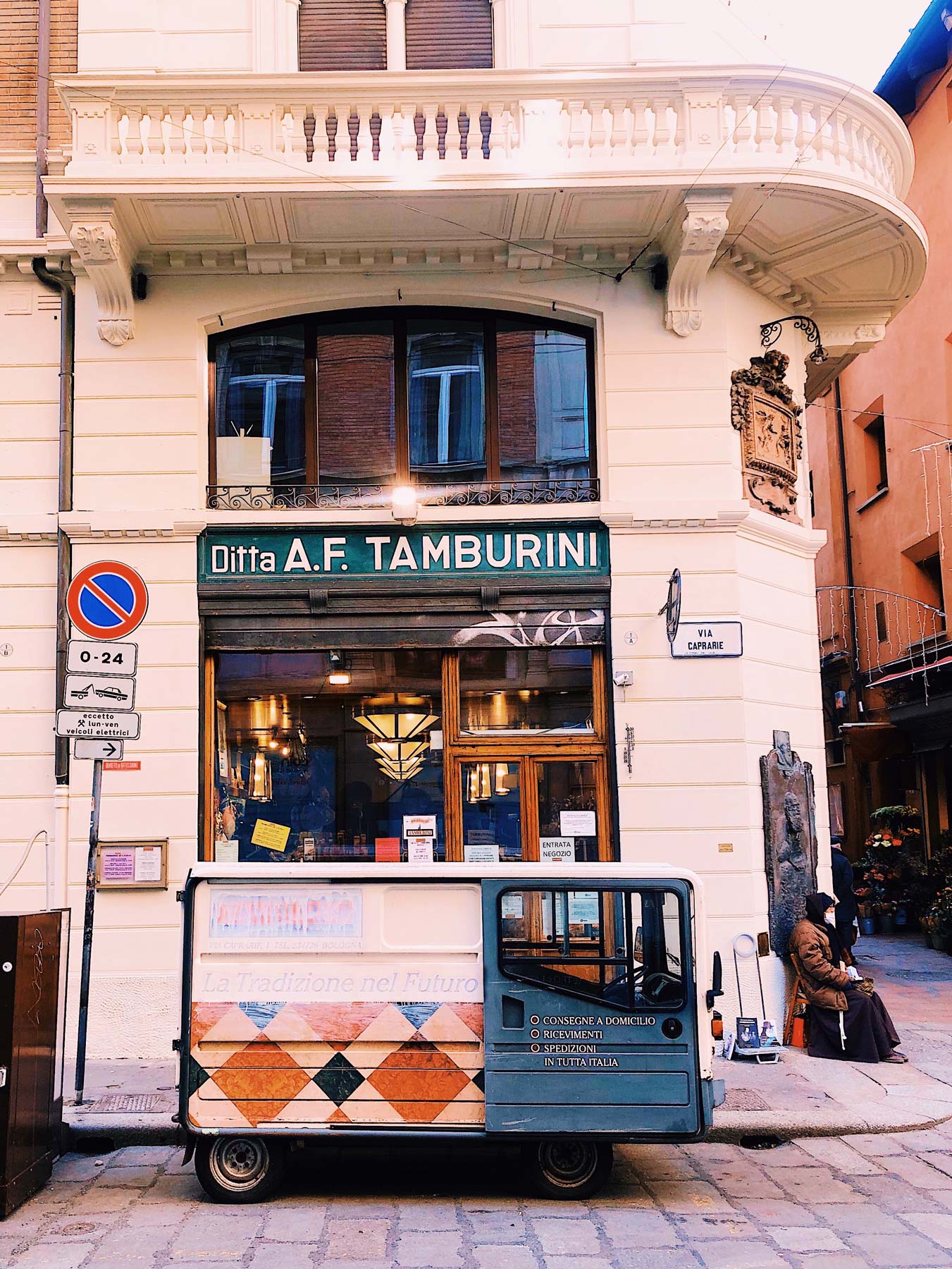